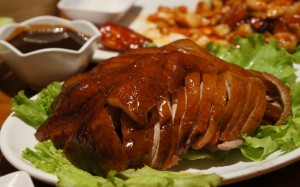 Peking Duck: Peking duck is a famous duck dish from Beijing that has been prepared since the imperial era. The meat is prized for its thin, crisp skin, with authentic versions of the dish serving mostly the skin and little meat, sliced in front of the diners by the cook. Ducks bred specially for the dish are slaughtered after 65 days and seasoned before being roasted in a closed or hung oven.

If you have any queries regarding the Peking Duck recipe, please leave a comment. 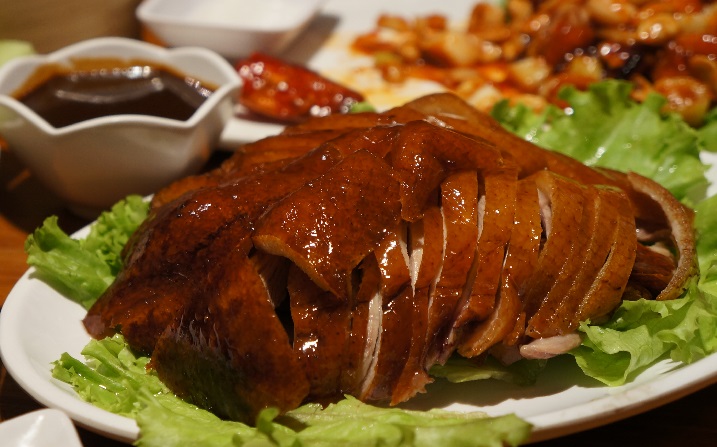