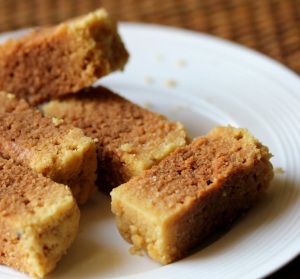 Mysore Pak: Mysore pak is a rich sweet dish from Southern India, prepared in butter, usually served as dessert. It originated in Mysore. It is made of generous amounts of ghee, sugar and gram flour. Mysore pak was first prepared in the kitchens of the Mysore Palace by a palace cook named Kakaasura Madappa out of the above ingredients. The cook at the Mysore Palace kitchen simply made a concoction of gram flour, ghee and sugar.

Note: The consistency of the sugar syrup is more important else you will get hard or crumbled mysore pak’s.

If you have any queries regarding the Mysore Pak recipe, please leave a comment. 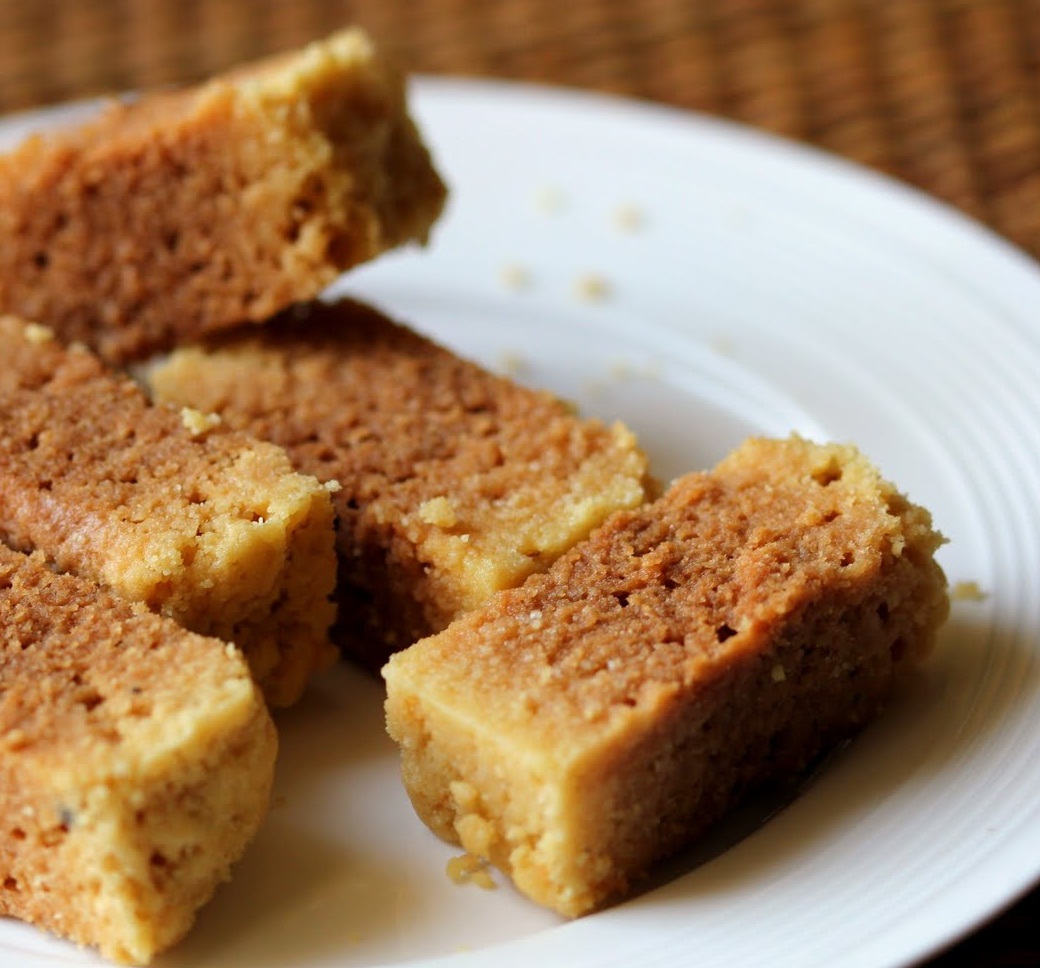 Based on 2 Review(s)
Posted in DESSERT, VEGETARIAN