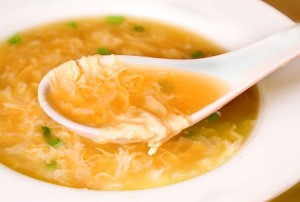 Egg Drop Soup: Egg drop soup is a Chinese soup of wispy beaten eggs in boiled chicken broth. Condiments such as black pepper or white pepper, and finely chopped scallions and tofu are also commonly added. The soup is finished by adding a thin stream of beaten eggs to the boiling broth in the final moments of cooking, creating thin, silken strands or flakes of cooked egg that float in the soup.

If you have any queries regarding the Egg Drop Soup, please leave a comment 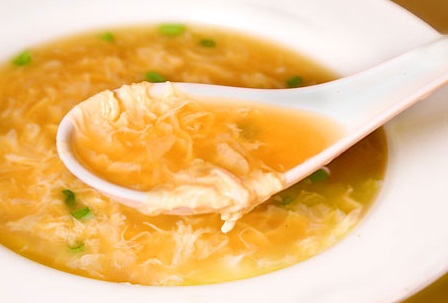