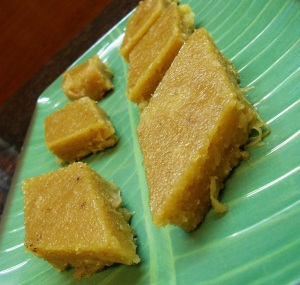 Dhondas: Dhonas is a baked preparation made made from grated cucumber, coconut, jaggery and sooji/rawa. Dhondas is a part of the Malvani cuisine, from the Konkan region of Maharashtra, Goa and parts of Karnataka. Dhondas is a traditional dessert, is mildly sweet and good for health as well.

If you have any queries regarding the Dhondas recipe, please leave a comment. 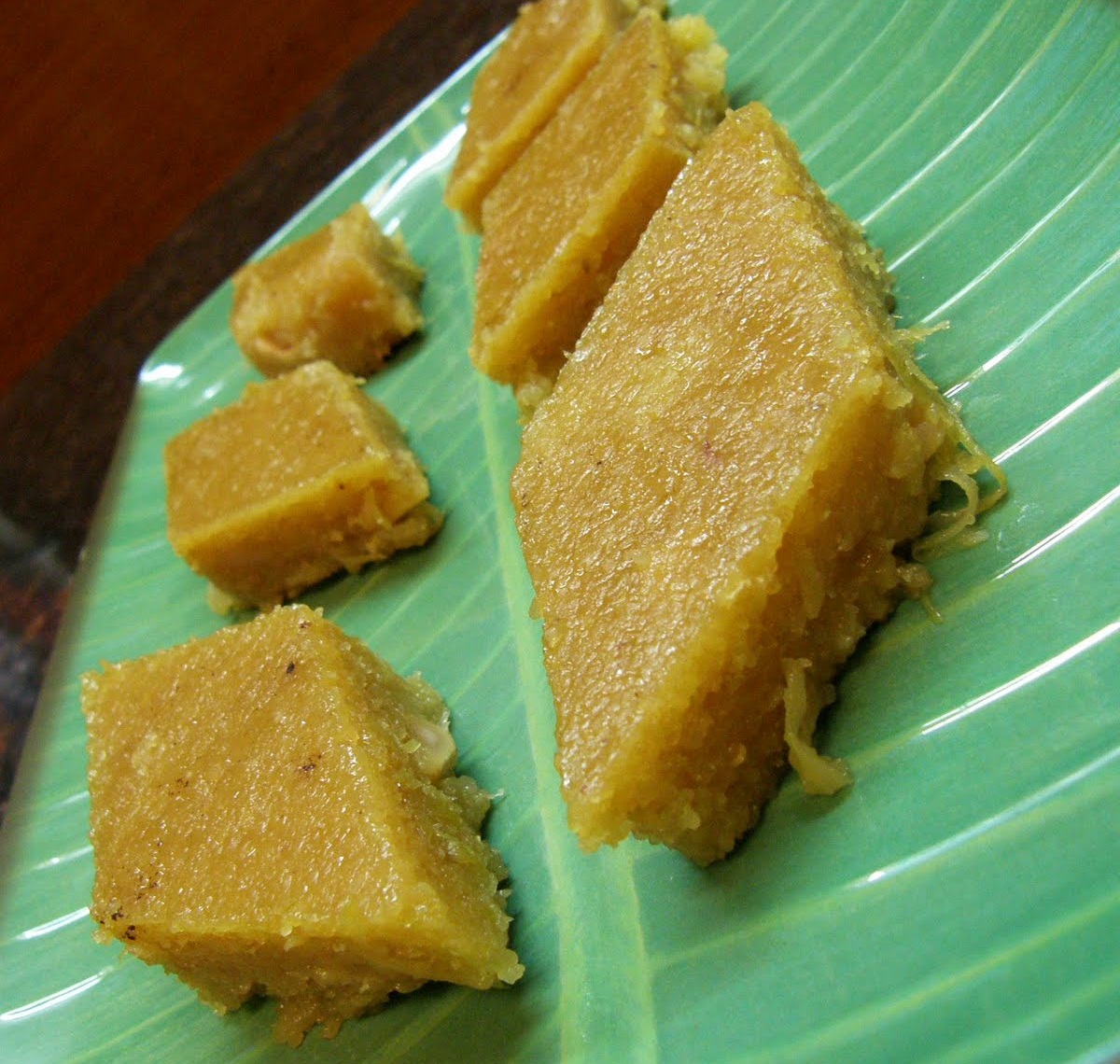 Based on 1 Review(s)
Posted in DESSERT, VEGETARIAN