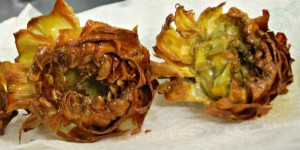 Carciofi alla Giudia: Carciofi alla giudìa, literally “Jewish-style artichokes”, is among the best-known dishes of Roman Jewish cuisine. The recipe is essentially a deep-fried artichoke, and originated in the Jewish community of Rome, giudìo being the Roman dialect term for Jew. It is a speciality of the Roman Ghetto, where it is served by Jewish restaurants in spring-time. In English the dish is usually referred to with the standard Italian spelling Carciofi alla giudea.
Artichokes of the Romanesco variety, which are harvested between February and April in the coastal region north-west of Rome, between Ladispoli and Civitavecchia, are the best for this dish.

If you have any queries about this Carciofi alla Giudia Recipe , please write down in comment box below 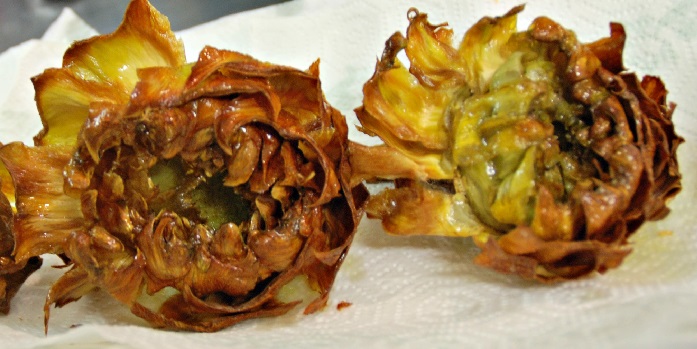 Based on 1 Review(s)
Posted in STARTERS, VEGETARIAN